Transitioning Students to College Without the Blackhole Effect

I remember the conversation well. I was talking with another youth pastor and he sadly mumbled, “Graduation season is only a few months away again. And I feel like the ‘BLACK HOLE EFFECT’ takes place every year.” My face must have shown that I wasn’t tracking with him on his analogy so he kept talking. “You know, Jeanne, good students graduate from high school, pack up for college or university somewhere, and by the following June, they’ve become INVISIBLE! They’ve been sucked into the ‘black hole’ of college life, compromising values, questionable friends, and they rarely resurface with much spiritual hunger or depth.”

I understood my friend’s heart. I’ve had more than my share of “spiritual fatalities” from my youth ministries as students made the transition during this crucial tipping point. There aren’t easy or profound answers. Barna says that 70–75 percent of Christian teenagers will leave the church after high school. Equally a wake-up call to us, 39 percent of young adults (ages 18–29) now categorize themselves as “none’s” (no religious affiliation).

How can you personally “buck the trend” with the graduating seniors you care so deeply about in your own ministry?

Relationships, relationships, relationships! Nothing matches the sticking power of consistent, caring relationships. We have good intentions graduation night. But life gets busy and after a couple of personal texts checking on them, we easily let it ride until we see them one Sunday morning during Christmas break. I often remind myself, “He who spends the most time WINS.” So, create a system to remind yourself and your leaders to consistently call, text, or FaceTime some of “their kids.” Even though texts are often not returned, they are read…and they will mean the world to those students. Sober as it sounds, fail the relationship test, and YOU FAIL.

Consider hosting two or three “Before You Graduate” meetings with your seniors in late March and/or early April (before the season becomes crazy busy for them). I hosted mine at our home, just to make it more personal and meaningful. My agenda was stated and clear: “Stats tell me that within two years of high school graduation, eight out of ten church-attending seniors ditch their faith in Jesus Christ. I don’t want you to be a part of that statistic. So, we’re going to get together a couple of times to dialogue about how to navigate the first few years out of high school successfully.” Our meetings were super discussion-oriented—not just me being a “talking head.” I also asked a couple of well-loved and respected college students from the youth group who were available to come and share their own experiences with the current seniors.

Though discussion-oriented, I knew the importance of making sure we hit the “Big Four” in our discussions. So, I aimed things clearly in that direction:

Consider also a couple of other approaches:

Lots more could be shared as possible ways to help your high school graduates transition into the years beyond 12th grade without dropping into the “black hole.” As their leader, don’t allow the drop-out statistics to intimidate you. Following through with some of my simple suggestions can put the majority of your students in a very different category.

I’m known for some of my one-liners (often called “Jeanne-ism’s”). But there is one that stands out above the others as being perhaps the most repeated: “Show me your friends, and I’ll show you your future.” With that in mind, the relational component really does trump everything else when it comes to helping your high school graduates transition successfully. They won’t get “sucked into the black hole” if someone from your youth ministry or church is consistently and authentically throwing out genuine friendship. Christian love really is pretty magnetic, so enjoy the privilege of changing a few more teenagers’ lives! It really is pretty addicting. I should know. I’ve been doing it—and still loving it—for quite a while now. 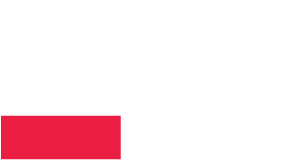 Every Student Sent is a unique community-based platform with vision of connecting students to existing ministries, churches, and each other in order to propel them towards Gospel-centered mission as they navigate and engage culture during college.

Please confirm you want to block this member.

You will no longer be able to:

Please note: This action will also remove this member from your connections and send a report to the site admin. Please allow a few minutes for this process to complete.

You have already reported this .